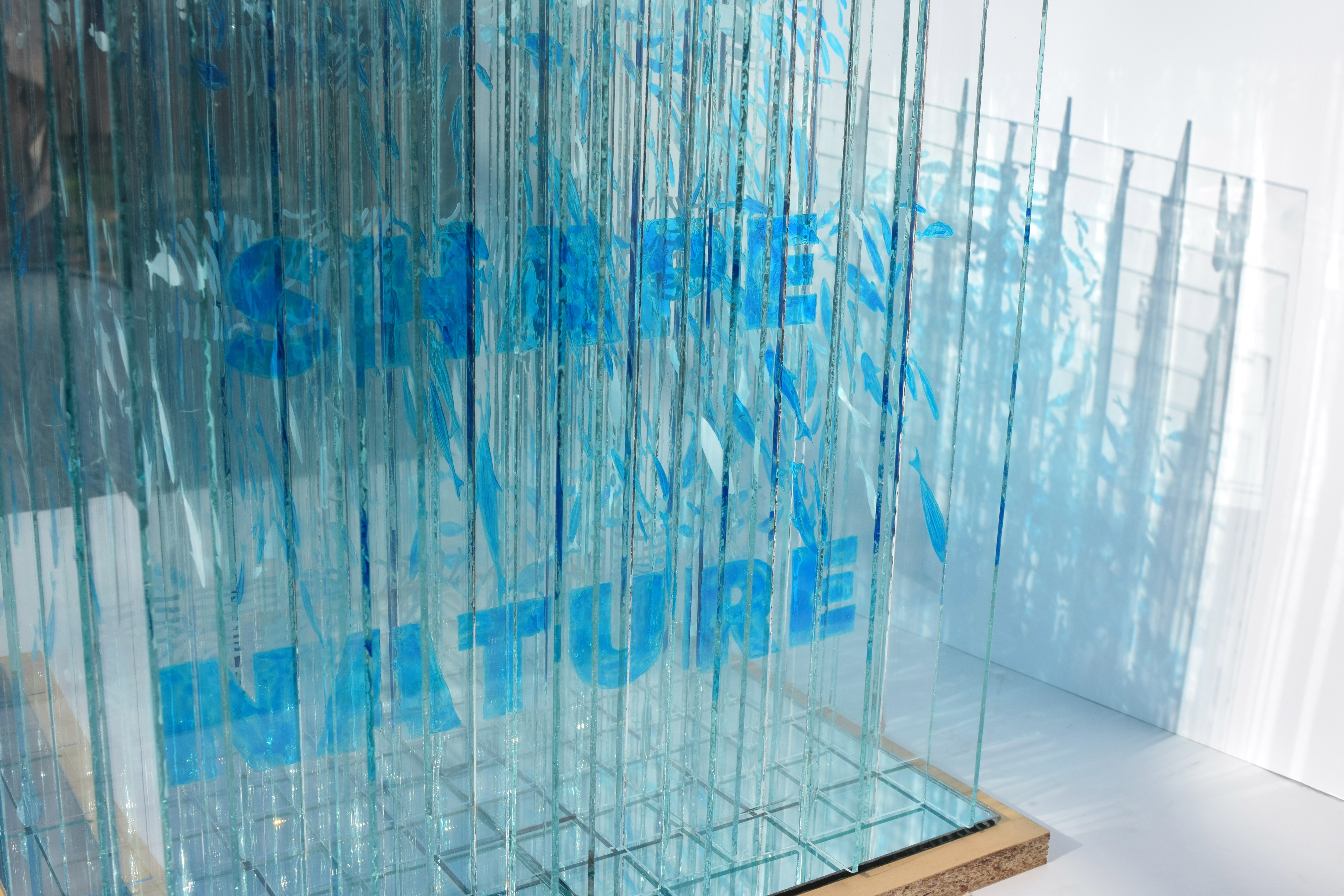 The Shape of Nature

The Shape of Nature is a glass sculpture which depicts the emergence phenomena using 121 hand cut and painted glass strips assembled on a mirror.

The goal of this project is to show the seamlessness of emergent systems in nature while also showing that it’s comprised of individuals. The best way to illustrate this idea was to create an anamorphic sculpture. This type of sculpture uses perspective as a tool to create a larger image out of smaller pieces, similar to the idea of emergence. I chose to utilize a school of fish to represent this phenomena because it is one of the most well known examples.

Emergence is when an entity is observed to have different properties that its parts don’t exhibit on their own. Essentially whenever a group of individuals get together they display certain behaviors or characteristics that only emerge when they’re together. Some examples of emergence are snowflakes, sand and water ripples, ant colonies, cities, crystal growth, hurricanes, the neurons in our brains anything else where as a group their activity self organizes into patterns.

On each layer of glass there are numerous tiny painted fish and from most angles it just looks like individual fish but from the correct perspective it turns into a hammer head shark. Fish form schools to protect themselves from predators, hence the symbolism behind the larger image. In the opposite direction looking through the glass you can see the words ‘The Shape of Nature’ which is the title. 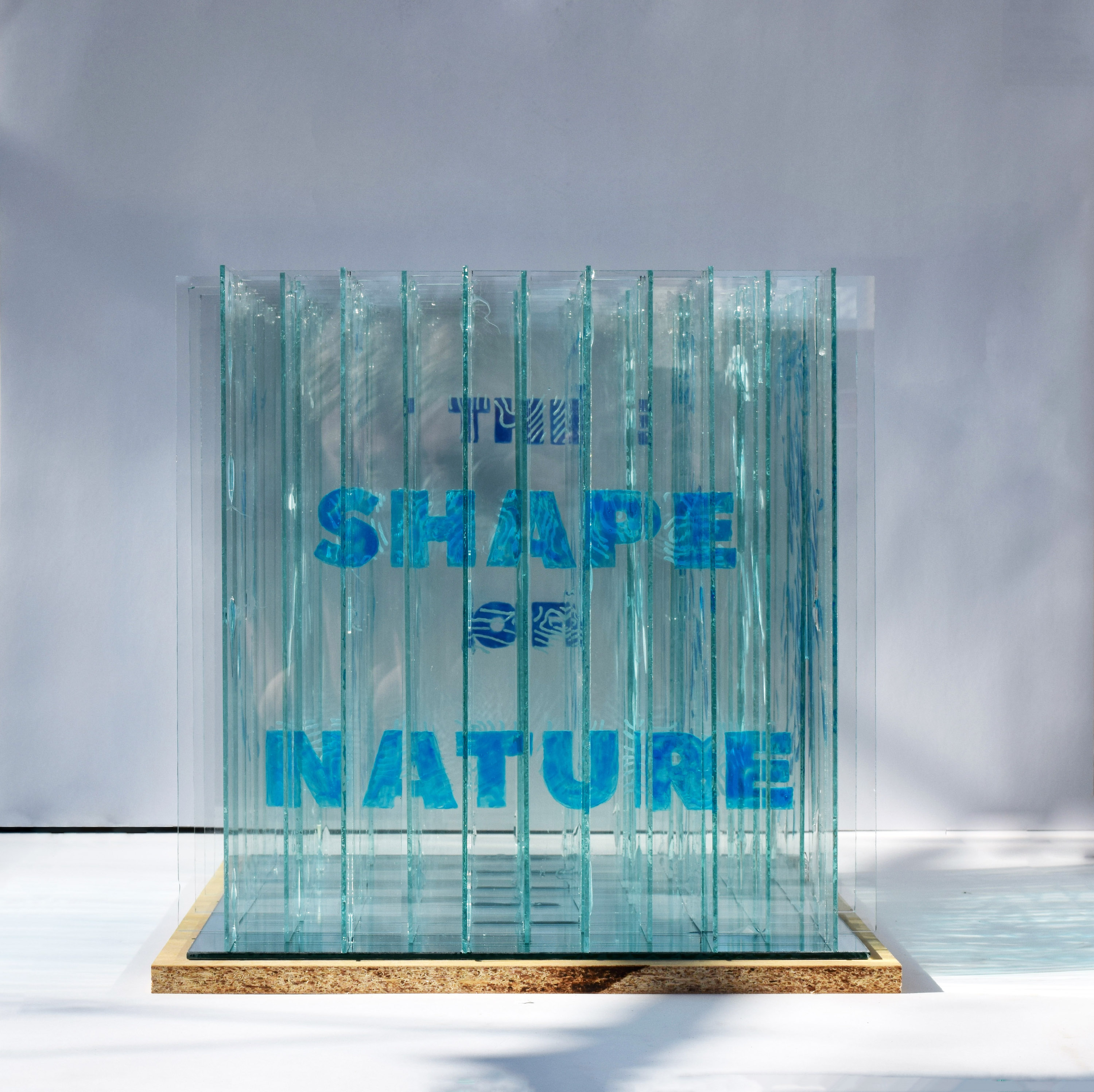 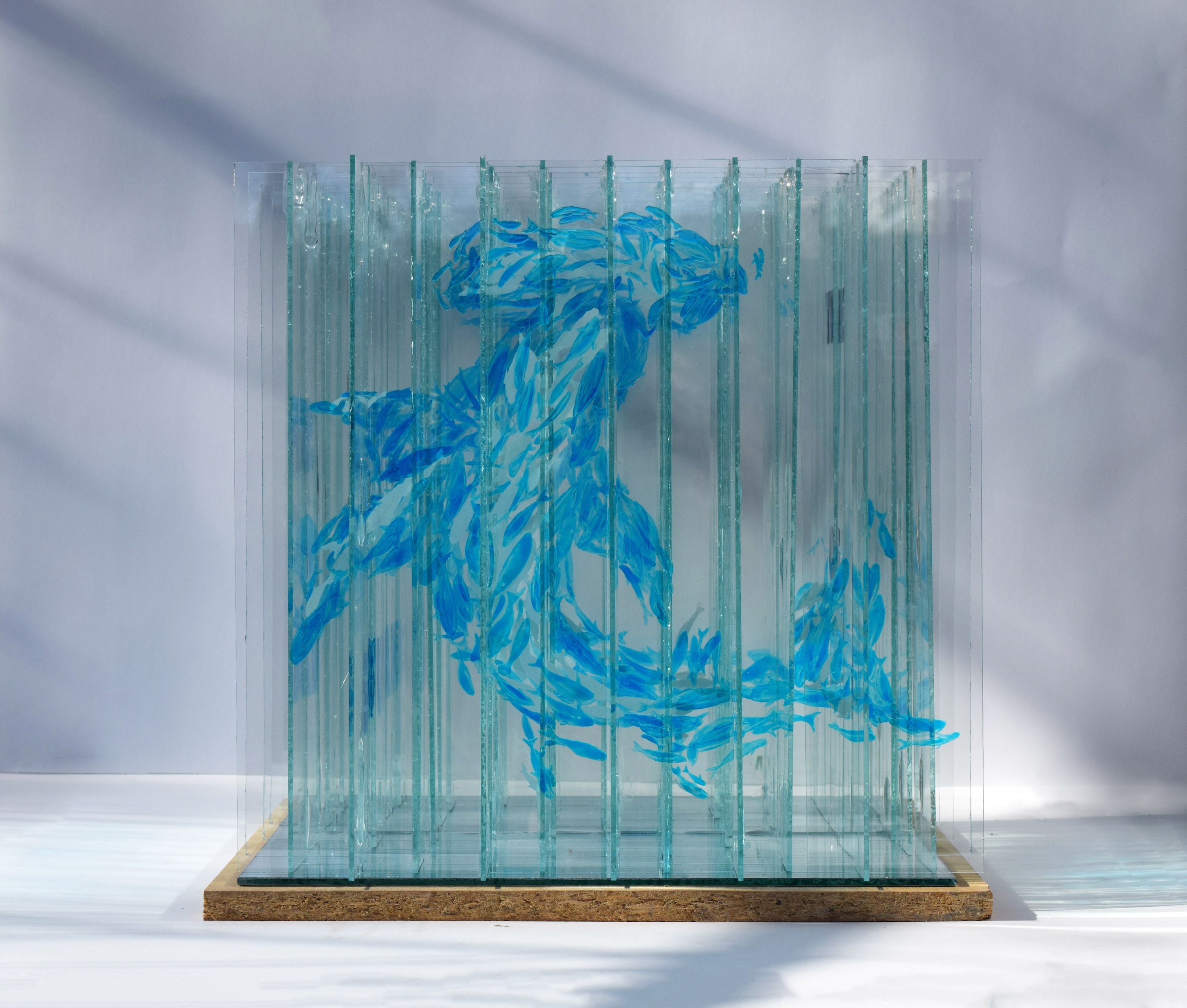 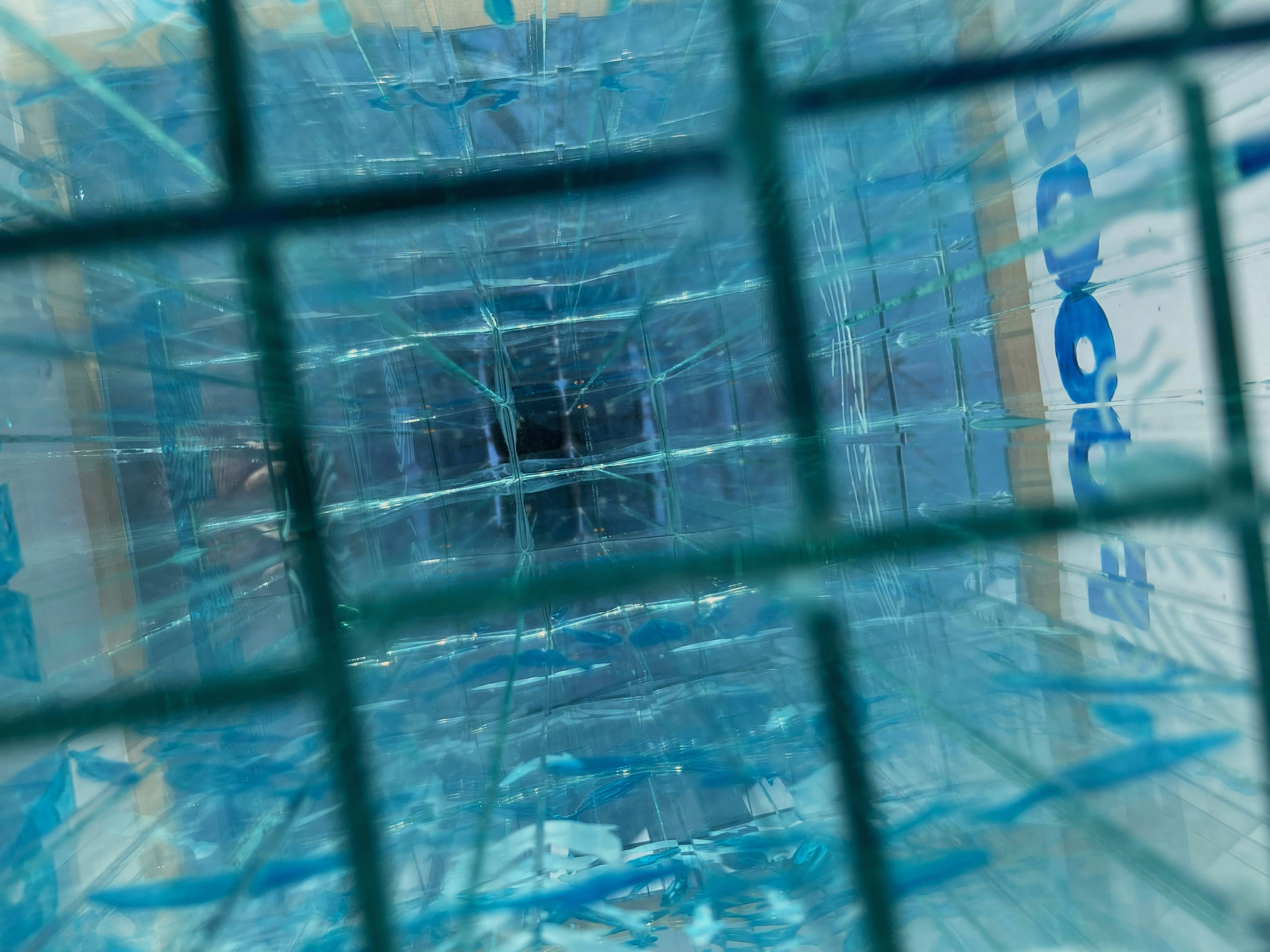 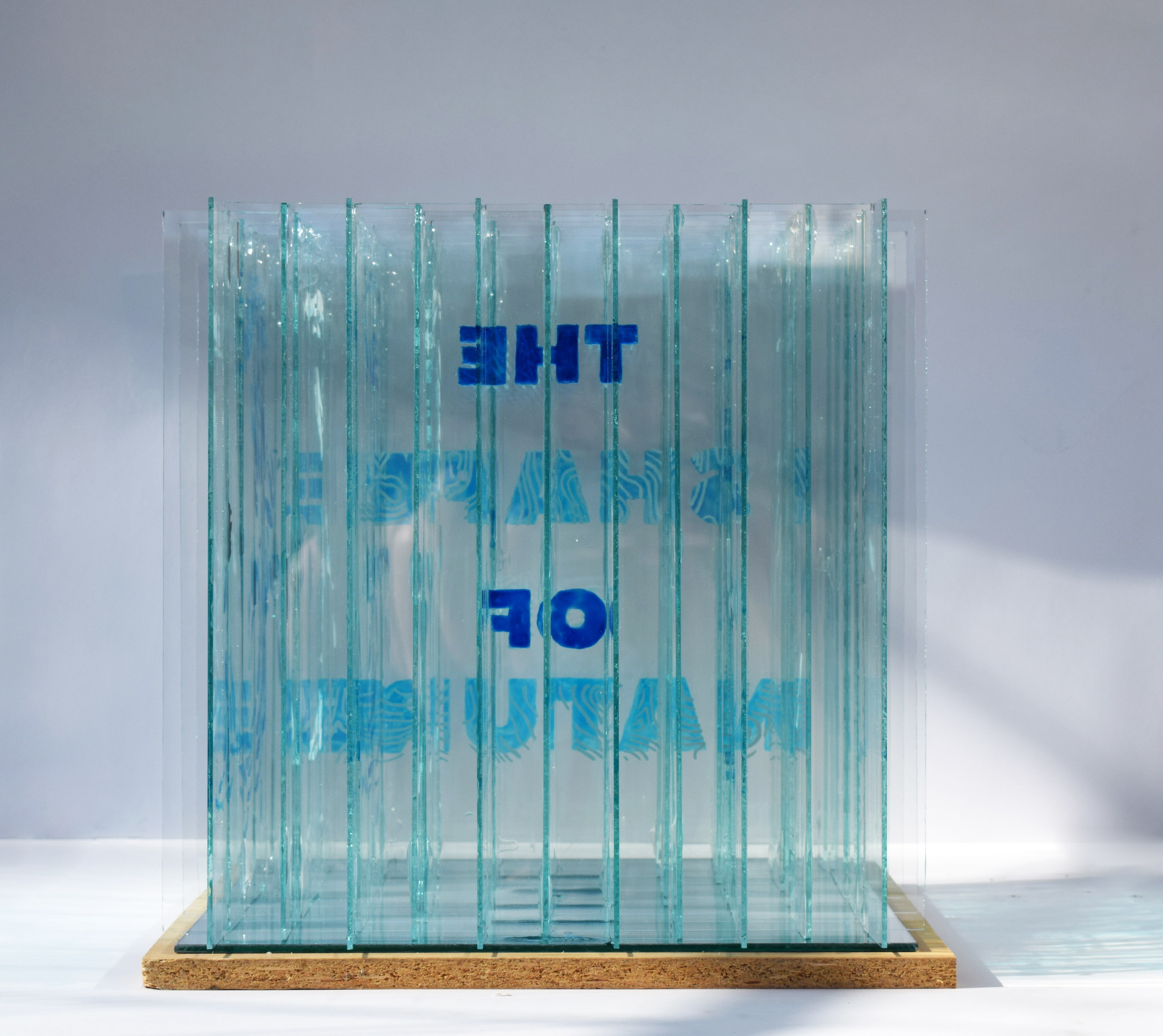 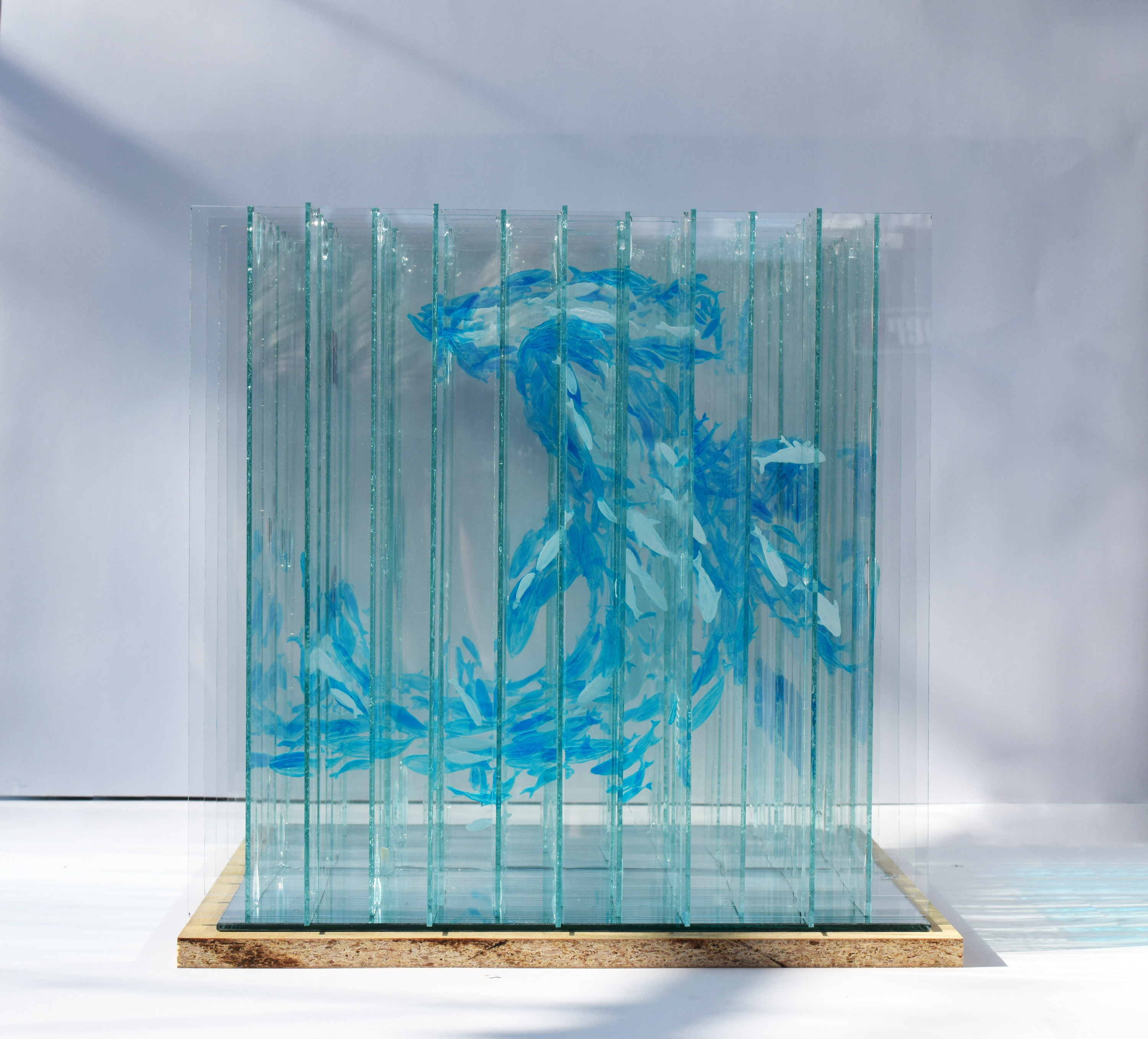 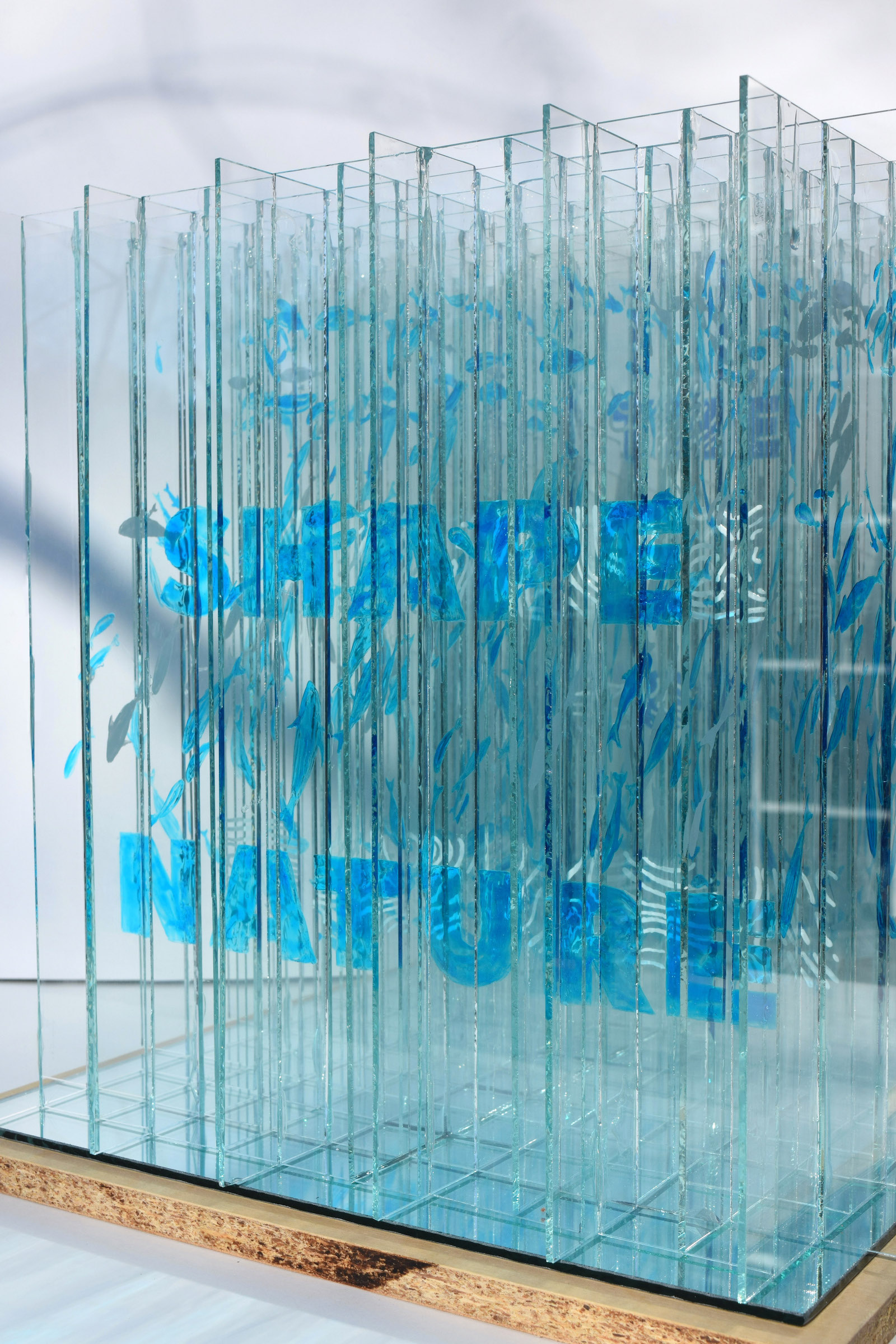 No items found.
You may also like this
Emergence
Heritage
Cinder
Lumi